Summer is here (*fingers crossed*)!!!! Now that the grass is green and the sky is blue, why not grab a new release and sit beneath your favorite tree? Here is a list of ten June 2019 releases that should entertain you as you soak up some sun and vitamin D.

Martha Hally Kelly’s is known for writing historical fiction with moving stories containing strong female characters. Kelly is also the same author of Lilac Girls,  a title released back in 2016.

Here’s a little snippet of what the book is about:
It is 1914 and the world has been on the brink of war so many times, many New Yorker’s treat the subject with only passing interest. From the turbulent streets of St. Petersburg to the avenues of Paris and the society of fallen Russian emigre’s who live there, the lives of Eliza, Sofya, and Varinka will intersect in profound ways, taking readers on a breathtaking ride through a momentous time in history.

Summer Under the Stars by Catherine Ferguson

I usually don’t choose titles that will be available only digitally, but this title has caught my eye and I’m looking forward to reading it once it’s release.

Here’s a little snippet of what the book is about:
Daisy’s had a tough year. After losing her mother and struggling with a job she hates, she really needs a break. So, when her boyfriend suggests a summer getaway, Daisy jumps at the chance, organising a romantic trip to her friend Clemmy’s new glamping site. What better to help her heal than long walks in the fresh air and sipping prosecco under the stars? But Daisy didn’t realize Toby hates all things outdoorsy – he’s far more bothered about working on the WiFi than walking in the wilderness. And when Toby isn’t there for Daisy when she needs him most, she starts to question whether he really is The One… especially with writer Jake distracting her from across the lake.

The Unhoneymooners by Christina Lauren

Christina Lauren’s works usually star snarky, sassy heroines and smolderingly handsome leading men and is spiked with explicit scenes and racy humor and this title will probably follow suit. The main character of this new story is always the unlucky one while her sister is the exact opposite. When her entire sister’s entire wedding party gets sick with food poisoning, Olive and the best man are the only two who can go on the all-expenses paid honeymoon. Only problem? The best man is Olive’s sworn enemy.

Mrs. Everything by Jennifer Weiner

Jennifer Weiner’s books definitely fall in the realms of chick lit along with large issues and this book is no exception. You can expect to experience a moving story that will keep you engaged and occasionally make you laugh. Weiner’s characters usually feel very relatable and the stories very real. If you have never picked up one of her reads before, give this one a try!

Here’s a little snippet of what this book is about:
It’s a thoughtful, and timely exploration of two sisters’ lives from the 1950s to the present as they struggle to find their places—and be true to themselves—in a rapidly evolving world. Mrs. Everything is an ambitious, richly textured journey through history—and herstory—as these two sisters navigate a changing America over the course of their lives.

If you’re looking for a fast-paced, compelling psychological drama, look no further than Megan Miranda’s newest release. You have to read this book carefully as to try to understand and figure out the plot as you go.

Here’s a little snippet of what this book is about:
Littleport, Maine is like two separate towns: a vacation paradise for wealthy holidaymakers and a simple harbour community for the residents who serve them. Friendships between locals and visitors are unheard of – but that’s just what happened with Avery Greer and Sadie Loman. Each summer for a decade the girls are inseparable – until Sadie is found dead. When the police rule the death a suicide, Avery can’t help but feel there are those in the community, including a local detective and Sadie’s brother Parker, who blame her. Someone known more than they’re saying, and Avery is intent on clearing her name before the facts get twisted against her.

The Friends We Keep by Jane Green

Jane Green’s stories are known for being funny and heartwarming with engaging and conversational aspects. Many of her books are good to use within a book club because there is a lot that can be discussed.

Here’s a little snippet of what this book is about:
Evvie, Maggie, and Topher have known each other since university. Their friendship was something they swore would last forever. Now years have passed, the friends have drifted apart, and none of them ever found the lives they wanted – the lives they dreamed of when they were young and everything seemed possible. The Friends We Keep is about how despite disappointments we’ve had or mistakes we’ve made, it’s never too late to find a place to call home.

The Perfect Date by Evelyn Lozada and Holly Lorincz

Evelyn Lozada is more commonly known for being a reality TV star but she has also written a few different books. This is most definitely a sports romance. If you haven’t given the genre a try, pick up this book to for a good set up as to what a sports romance is all about.

Here’s a little snippet of what this book is about:
Angel Gomez has never lived by the book. A Bronx-based unwed mother by the time she was sixteen, Angel’s personal mission has always been to show the world that a Puerto Rican girl is not be messed with—especially by a man. The only thing that matters to Angel, now, is providing for her son and earning enough tips at the club to complete her nursing degree along the way. Love is nowhere on her agenda. Caleb “The Duke” Lewis is a star pitcher for the Bronx Bolts whose romantic escapades make delicious fodder for gossip columns. But lately he’s been trying to keep a lower profile—so much so that when he meets Angel, first while she’s in her nurse uniform and the next time behind the bar, she has no idea who Duke is, fails to fall for his obvious charm, and ends up throwing a drink in his face! She is the perfect woman for Duke…to fool the tabloids into thinking he’s finally settling down. But what begins as a charade soon has Duke and Angel hurtling into a full-blown romance that rocks each of their worlds and begs the question: Is this the real deal—or are some love stories just too good to be true?

The First Mistake by Sandie Jones

Because I have a weak spot for psychological thrillers, here’s another one for you to try! Sandie Jones is also the author of The Other Woman a thriller (and Hello Sunshine Book Club Pick) that was very compelling and kept you wanting to read another page. You can expect to be want to keep reading this book to figure out what is going on.

Here’s a little snippet of what this book is about:
From Sandie Jones comes an addictively readable new domestic suspense about a wife, her husband, and the woman who is supposedly her best friend.
THE WIFE: For Alice, life has never been better. With her second husband, she has a successful business, two children, and a beautiful house.
HER HUSBAND: Alice knows that life could have been different if her first husband had lived, but Nathan’s arrival into her life gave her back the happiness she craved.
HER BEST FRIEND: Through the ups and downs of life, from celebratory nights out to comforting each other through loss, Alice knows that with her best friend Beth by her side, they can survive anything together. So when Nathan starts acting strangely, Alice turns to Beth for help. But soon, Alice begins to wonder whether her trust has been misplaced . . .
Her first mistake could be her last.

Virtually Yours by Sarvenaz Tash

This pick is for all of my YA readers out there. Tash’s books are known for containing culturally diverse and likeable characters. This story falls into a small mix of contemporary, romance and new adult all at the same time. In today’s world were we primarily communicate through technology, “how bad can one little virtual lie be?”

Here’s a little snippet of what this book is about:
NYU freshman Mariam Vakilian hasn’t dated anyone in five months, not since her high school sweetheart Caleb broke up with her. So, when she decides to take advantage of an expiring coupon and try out a new virtual reality dating service, it’s sort of a big deal.
It’s an even bigger deal when it chooses as one of her three matches none other than Caleb himself. That has to be a sign, right?
Except that her other match, Jeremy, just happens to be her new best friend IRL.
Mariam’s heart is telling her one thing, but the app is telling her another. So, which should she trust? Is all fair in modern love?

Mary Alice Monroe is known for her poignant Southern novels featuring women dealing with every day trials and tribulations. Her languid pace helps set a gentle, tearjerker mood. She also often puts an environmental theme in her novels. You will find all of that in her next book.

Here’s a little snippet of what this book is about:
Late August is a beautiful time on the Southern coast—the peach trees are ripe, the ocean is warm, and the sweet tea is icy. A perfect time to enjoy the rocking chairs on the porch. But beneath the calm surface bubbles a threat: it’s also peak hurricane season.
When a hurricane threatens the coasts of Florida and South Carolina, an eclectic group of evacuees flees for the farm of their friends Grace and Charles Phillips in North Carolina: the Phillips’s daughter Moira and her rescue dogs, famed equestrian Javier Angel de la Cruz, makeup artist Hannah McLain, horse breeder Gerda Klug and her daughter Elise, and island resident Cara Rutledge. They bring with them only the few treasured possessions they can fit in their vehicles. Strangers to all but the Phillips, they must ride out the storm together. 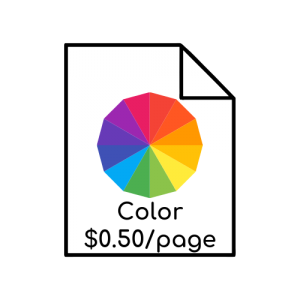